With the Scout SDK you have 2 options when it comes to audio advice – using pre-recorded audio files (.mp3 files) or relying on the phone’s/device’s TextToSpeech engine to read out the instructions.

In this article, I’ll explain where do these advice intructions come from, how they are composed and how you can modify them to better fit you requirements, be that you are adding support for a new language or adding a new language pack to an existing language (i.e. the Terminator or Homer Simpson language pack for the English language).

In the SKMaps.zip (Android) or SKMaps.bundle file (iOS), inside /AdvisorConfig/Languages you’ll find the language settings folders – one for each language/language pack combination – i.e. en and en_us

If you want to add support for a new language (or a new language pack) just add a new directory in the Languages folder and inside just copy the english config files (the content of the “en” folder) – feel free to start from any other language folder – if a particular language is more similar (grammar wise) to your target language than english, start from that language.

Note: the easiest way is to create configs for the text-to-speech engine and then have the phones TTS engine speak out the instructions. If you’d like to provide support for audio files, you’ll have to record your own sound files (mp3 files) involving some audio processing work.

Other consideration regarding audio files support:

With this knowledge at hand you should have the tools required to modify the audio/text advice, to create your own language pack or add support for a whole new language in order to create a new experience.

Taking for example the original idea of Forman & Bodenfors created for If Insurance who developed a sat nav app that comes with a pretty childish feature: when driving in areas where it’s more likely to be children around, the regular navigation voice automatically switches to a child’s voice. By adding a simple feature like this, the experience of drivers will immediately be changed causing a visceral, physical, cognitive and behavioral effect when hearing a child voice.

Image courtesy of If Skadeförsäkring

Based on experience, I think that more questions will come up once you get more familiar with the structure, so feel free to contact us- choose the channel you most prefer– and I’ll do my best to address some of them in a future blog post. 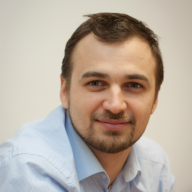 Join the discussion and tell us your opinion.

Thank you for the sharing