We’ve recently had the pleasure of discovering a new partner that’s bringing a new and fresh take to the motorcycle navigation space:  the Scenic motorcycle nav app.

We’re in conversation with Guido van Eijsden, the CEO of MotoMappers – the company behind Scenic, about an app that can compete with more costly alternatives while still providing riders all the required functionality.

Q: Hello Guido – how you would describe Scenic-Motorcycle Navigation in less than 50 words?

As a motorcyclist, you want to ride winding roads with nice scenery and little traffic. With Scenic you can find, import, plan and navigate these routes plus document your riding adventures. A true alternative to GPS units like the Garmin Zumo and TomTom Rider.

Q: For those of us not familiar with the motorcycle navigation industry/vertical, what sets you apart from the competition?

The motorcycle industry is growing, especially in the western countries. More and more new motorcycles are sold every year. With increasing gas prices and increasing traffic, for some, the motorcycle becomes a real alternative for getting around and going to work. For most (western) riders however the motorcycle is a hobby. Taking it out in the weekends for nice tours and even holiday road trips, enjoying the scenery and the freedom of the road.

That’s where Scenic comes in. Scenic is the most complete Motorcycle Navigation app out there at the moment. There are apps that track your ride, apps that navigate you, apps that let you find nice roads, but Scenic has it all. What’s most unique about Scenic is that it it can make any GPX navigable. Using its very own ’Scenify’ algorithm it maps the GPX track or route to the existing road network and calculates the route for Turn by Turn and Voice Guidance. Even routes or tracks with thousands of via points. Currently there is no other app capable of this as far as I know.

Q: Who are your biggest competitors?

Greatest Roads and Best Biking Roads were one of the first motorcycle centered apps out there. They both focus on finding and sharing great roads to ride. However they don’t offer navigation. The last 2 to 3 years a lot more apps surfaced, fighting for a piece of this growing market. Some focus more on the social aspect, others more on tracking, but there are very few that manage to combine all motorcyclists wishes in one package. If you want to know more about that, I’ve written an app comparison about the best motorcycle apps on my blog.

Q: What’s the story behind Scenic, how did it came to be?

When I got my first Motorcycle back in 2008, I soon got ‘the adventure touring bug’. I wanted to ride scenic routes, enjoy the winding roads, taste the adventure and explore the world on 2 wheels. But where to go? What roads to take? How to stay away from highways and city traffic?

I decided to bite the bullet and cough up the equivalent of 500 USD for a Garmin Zumo. Installed it on my bike… Ready to go…or so I thought!

The Zumo had a routing option to send you from A to B over winding roads. Great! Turned out it wasn’t that great. For my area it was just another way to ‘Avoid Highways’, sending me over the b roads which were even worse… Highways with traffic lights! There had to be another way!

Luckily there was. You could transfer routes onto the device. This however turned out to be a frustrating and time consuming enterprise involving first of all finding a nice route somewhere on the internet, converting it if necessary and then connecting the Zumo to your desktop through USB and transferring it. On top of that I didn’t think it was efficient to take an extra device with me because in my mind an iPhone should be able to do the same and in some ways even better. So i started looking for apps that would do this, but back then the only good ones out there were the ones I mentioned above… and they didn’t offer the complete package. So I decided to develop my own app.

Q: How many iterations (pivots) did you go through until you arrived at the current product? What did you learn along the way?

The first iteration was my first app called MotoMap. It’s still out there and I’m still supporting it. For its time (3 years ago) MotoMap was pretty advanced although it didn’t have what I really wanted… Turn by turn and voice navigation. Back then the performance of iPhones was much lower than it is now. It turned out that it just wasn’t possible to calculate a route with many via points. iPhones would ‘choke’, freeze and crash. The only app at that time able to do that was Navigon, but it had a limit of 25 via points and not a very user friendly way to create these routes.

Of course, over the years iPhone performance increased tremendously and now more is possible which made me develop Scenic. In Scenic I implemented all the feedback and lessons learned from MotoMap. In the end, Scenic now, is what I initially intended MotoMap to be.

Q: What was technically the most challenging part of developing Scenic-Motorcycle Navigation?

Definitely the syncing mechanism. Scenic uses a backend server where all information of all users is stored. I chose to do this because (1) it’s a backup for all users, (2) it enables using Scenic on all your devices and (3) it opens up the possibility of creating a web interface for your Scenic data as well. However syncing is hard and I hugely underestimated the time and effort involved. In the end I got it right and now I’m happy I did it, as it paves the way for future functionalities like integrating with third party online route planners.

To build a good motorcycle navigation app a few things are very important when it comes to maps:

So,  I started looking for a framework that would support all that. To my surprise Google Maps and Apple Maps didn’t (and don’t)  allow you to use their maps for turn by turn and voice navigation outside their own apps. In fact there was only a handfull of frameworks that allowed that. Of those, Scout was the only one that supported all my above requirements and on top of that it was the most mature and best supported framework of the bunch.

Q: What next for Scenic? What should we be looking for?

I have big plans for Scenic. It’s pretty complete already, but there’s still work to be done. Like Group Ride Planning, Sharing Trips with Friends, a website to access your Scenic Data, Integration with the big online route planning tools, etc. And I’m sure I’ll get more suggestions from my users over time.

Q: Can you convince our readers to start using Scenic in under 50 words?

Just give it a try😊  It’s free to download and you can even try the premium features for free.  If you don’t like it (very unlikely😊  ), just delete it! 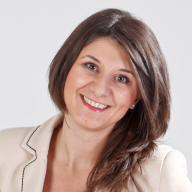 I'm a Developer Evangelist at Telenav. On a daily basis, I'm combining two of my biggest passions and interests: #marketing and #technology
Older Post OSMTime meetup: Intro to OpenStreetMap